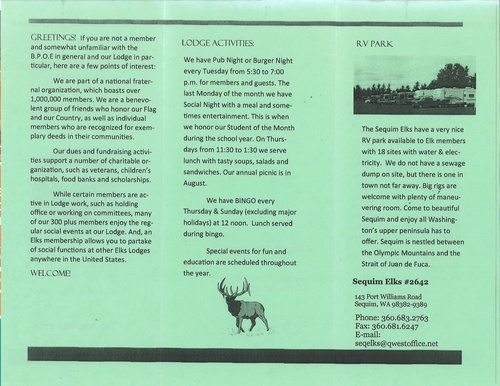 The Sequim Elks Lodge is part of the Benevolent and Protective Order of Elks, a national fraternal organization with nearly 2,000 lodges whose charitable foundation gives millions in scholarships, aid to veterans and other worthy causes.